Hernias are one of the most common anatomical problems in human species that have been reported in the human history for thousands of years. In the past, different surgical and non-surgical treatments were offered to the patients with hernias for hundreds of years but like most surgical procedures, hernia repair operation did not become routinely practiced until the emergence of anesthesia and aseptic surgical technique in mid-19th century. Subsequently, a number of pioneer surgeons described a variety of methods for the surgical correction of the hernias by the end of 19th century. Initially, all hernia surgery techniques were based on the primary repair of hernia defects by approximating the tissue with sutures. Unfortunately, most of those techniques were associated with high recurrence of the hernia defects. The recurrence of the hernias remained a plague of the hernia surgery for decades, until the synthetic surgical mesh were introduced to repair the hernia or reinforce the hernia closure in 1940`s. Many years later, Dr. Irving Lichtenstein published the result of 6321 patients which were followed for 2-14 years after inguinal hernia repair with Marlex (polypropylene) mesh and reported 0.7% hernia recurrence in 1987. Those results were revolutionary for hernia surgery at that time. The 1980`s was the decade of the emergence of the minimally invasive surgery which offered the patients less pain and faster recovery. The first minimally invasive hernia repair with mesh was reported in 1989, but since then it has been evolved significantly and currently almost one third of the hernias in the United States have been repaired by the assistance of laparoscopic or robotic surgical technology known as minimally invasive hernia repair techniques.

The concept for using a foreign material (mesh) in hernia repair is to activate and exaggerate the scar tissue formation at the site of the hernia defect (foreign body reaction). The mesh does also work as a platform for the scar tissue to grow into, reinforce and strengthen the scar tissue and create an extremely strong final products to withstand the constant intraabdominal pressure. Using mesh for hernia repair surgery has allowed the surgeons to offer more durable hernia repair technique with less chance of recurrence. However, using a foreign material (mesh) has not been without the adverse consequences. There have been reports of chronic pain related to the mesh, chronic and recurrent mesh infection, and adhesions of the intraabdominal contents such as bowel to the mesh creating bowel obstruction, fistula and perforation.  Many reported complications have been associated with recalled mesh products that are no longer in the market, however, all medical devices implanted during surgery carry certain risks and benefits. These risks and benefits need to be evaluated and fully discussed with the patient during the initial consultation with the expert hernia surgeon. Of course the usage of mesh in hernia repair surgery has shown more durable repair with less risk of recurrence, however, there are situation that risks of placement of a mesh outweigh the benefits and repair of hernia without a mesh needs to be considered.

At Surgical Oasis Institute, the hernia expert will evaluate the patient thoroughly to diagnose the hernia correctly and then the surgeon will customize the best option to repair the patient`s hernia defect. This decision depends on the type of the hernia, the location and size of the hernia, the condition of the tissue surrounding the hernia as well as the other patient`s medical condition. The surgeon also consider the risks and benefits of using the mesh in repair of the hernia and finally create a customized plan to repair the defect after thorough discussion with patient. There are patients with various types of hernias that could be repaired without using the mesh. For instance, a young athlete with a relatively small abdominal wall hernia and strong surrounding tissue could have a durable primary closure of the hernia defect without usage of a mesh or a woman who suffers a separation of the rectus muscle as well as midline abdominal wall hernia after multiple pregnancies could be repaired with plication of the rectus muscle and primary closure of the hernia defect without a mesh through a lower abdominal wall incision to not only hide the scar tissue but also remove the excess skin with a superior aesthetic result.

Surgical techniques for hernia surgery have continued to be refined in hopes of providing a repair with less chance of recurrence, less acute and chronic pain, less complications, faster recovery and better long term quality of life.

At Surgical Oasis Institute, a discussion with Dr. Iraniha who has expertise in hernia surgery and all types of hernias and is familiar with all methods and techniques of hernia repair would give the patient the best possible options and alternatives to reach the desired goals.To schedule a consultation with Dr. Iraniha, please call our office at (949) 646-8444 Thank you. 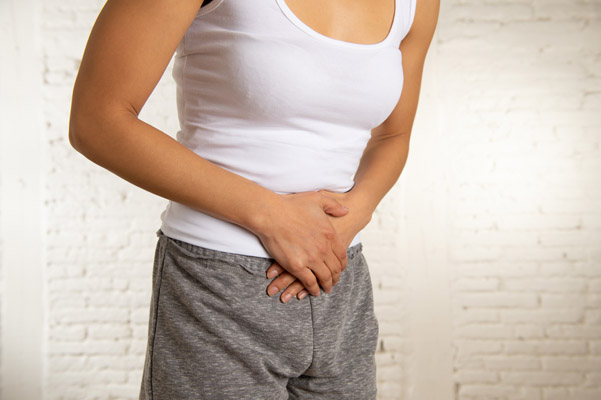